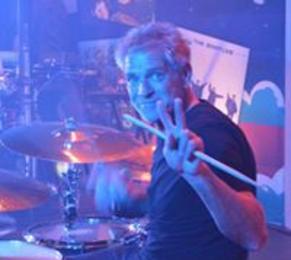 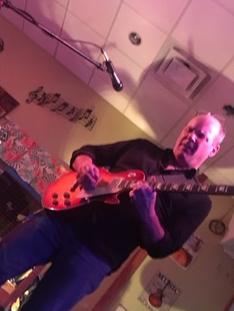 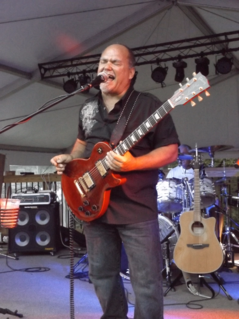 Larry Dawson   - Lead Vocals and Rhythm Guitar
Larry is the only remaining founding member of the band, Larry has been singing and playing music since he was a kid. He has fronted several bands starting as early as his high school days. When he was in his 20’s, Larry did the acoustic duo thing at local clubs & restaurants including Mountain Jacks and Ground Round. After taking a decade or two to start a family and build a career, he was recruited by some rockers at a Karaoke bar to front their band “Zero Hour”. When that band fell apart, Larry and two other remaining members formed “The Sloppy Joe Band”. Larry plays several guitar brands including Gibson, Ovation and Takamine and his rig is a Fender Mustang III .

Mike Maliszewski  ( Mal ) - Bass Guitar and Vocals
Mal has been part of the Cleveland music scene for the past Thirty years, performing in such venues as Tower City Amphetheater, Peabody's Down Under, The Phantasy Nightclub, Sportsters in Geneva, Shooters in the Flats and most of the clubs in N.E. Ohio.   Embracing all styles, from Jazz and Classical, to Metal and Funk,  Mal's major influence is Progressive Rock.  Bands like Genesis,  King Crimson, Rush, Yes, Jethro Tull and ELP had a huge impact on his musical developement, as well as Classic Rock bands like Led Zeppelin, Bad Company and Deep Purple.  Mal's Favorite bassist include Tony Levin, Greg Lake, Victor Wooten and Stu Hamm.  This musical background has contributed to his participation in these local original bands: Advance Passage, Hazard Profile, Artica and his current project, On The Air, which has a CD release, TV Glare, due out Jan, 2009.
Gear: Pedulla, Kawai, Yamaha and Ibanez basses. Hartke and SWR amplification.  JBL and EV speakers.

Scott Priest  -  Lead Guitar and Vocals
Scott is a Cleveland native and an accomplished guitarist who has played guitar for 40 plus years.   His biggest influences are The Beatles , Led Zeppelin, and The Blues. Musically schooled in the college of  "Clapton, Beck & Page...and Bill Jeric".  Other major influences include Hendrix, Trower, Walsh,

The Allman Brothers,  the 3 Kings: BB, Albert and Freddy,  Stevie Ray Vaughn and so many more.  He studied guitar for a couple years with Ex James Gang member Bill Jeric in the late 70's.  He started up his first rock band in 1983 as a 4 piece all original rock band called "HOURGLASS".  In 2001 he co-formed the Beatles tribute band Revolution Pie.  He joined The Sloppy Joe Band in Sept of 2008.

"If you don't know The Blues...there's no point picking up the guitar and playing Rock-N-Roll or any other form of popular music" 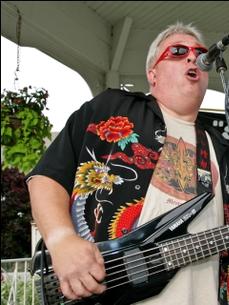